I got a random call around August of 2013 asking if I wanted to do a solo tour of schools all over the Midwest during the 2014/2015 school year.  If you are making a living as a musician you should be somewhat used to booking out a year or more in advance.  Nevertheless, this offer made me nervous.  Not only was it far in the future but the schedule and transportation elements sounded… basically they sounded impossible.  If I were to do this tour I would need to drive alone to the Midwest and put between 9,000 and 12,000 miles on my vehicle in the space of just over 7 weeks.  This would definitely mean replacing my old drum mobile that I have been driving for the past 15 years. 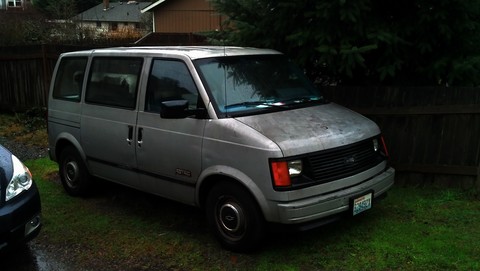 Much more intimidating, however, was the scheduling.  I would have to perform 2 or 3 shows per day every weekday and be able to set up and tear down in 30 minutes (which during the tour I realized was on the long side since I actually often only had 15 minutes to set up).  I would need to be completely self-contained in terms of audio gear since I couldn't count on school sound systems to be adequate for musical performance, or even to be available or working for that matter.  My setup time in the summer of 2013 had come down from about 2 to 2.5 hours to the breathtakingly fast 1 to 1.5 hours.  Now I would have to cut my fastest setup time in half (and as I found out later, cut it by half again).

After thinking about it for several weeks though I decided to go for it.  It just seemed like such a wonderful opportunity to enrich the educations of a diverse group of kids all over the Midwest and to have a fascinating experience.

I spent the next year researching equipment and customizing and streamlining my setup until it arrived at this (minus the surf boards and the steel drum on the right): 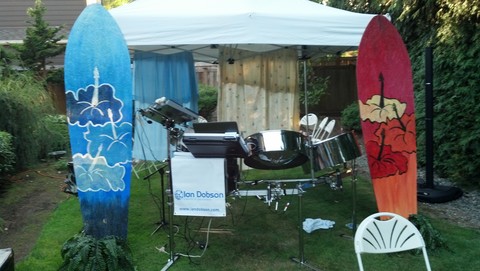 The real tricky part was finding a sound system that would cover an audience up to 300 (which I found out on the tour was actually up to about 700) but also still be very quick to set up and not too heavy.  This was no easy task.  I use Bose systems because they sound great for what I typically do, but with a 30-minute-setup goal they take too long and are too heavy.  I spent months researching various systems and testing them.  Thanks to the local Sennheiser rep I was able to get a K-Array system to try out.  I even went out to Whidbey Island to do a side-by-side test of my two Bose systems and the K-Array. 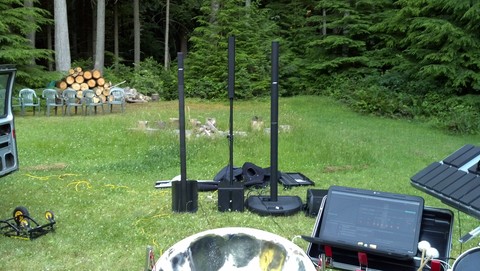 After spending perhaps a month trying to get the K-Array to sound like I wanted it I gave up and was back to square one.   I only was able to find something that I hoped would work about 4 weeks before the tour started.  What I found was a brand new product that hadn’t reached any stores yet, the Fender Expo.  I believe I was the first person to buy one at Guitar Center in Washington, perhaps even on the West Cost.  You can see the fender to my left in the picture below: 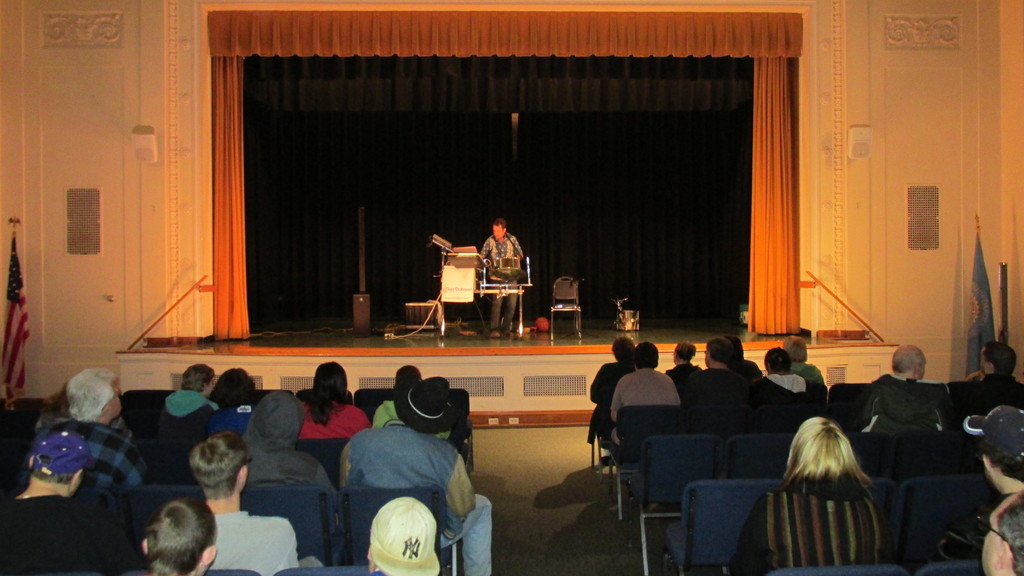 With the tour just a few weeks away I still didn’t have a new vehicle that would make a trip of this type possible.  After having not shopped for or purchased a vehicle in 15 years this was very stressful!  I ended up finally purchasing a car less than a week before the start of my tour.  Thanks to all who helped me figure that out, especially the Ronalds!  Meet the new drum mobile, braving the Midwest elements like a trooper! 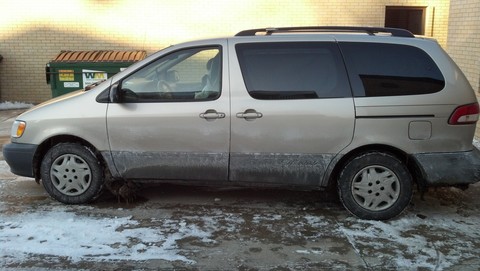 If you’re looking for a used car and need help, let me know!  I’ll put you in touch with the Ronalds and you’ll be in good hands.

Now all that was left was to pack and go… how hard could that be?

Well, since I was so short on time, it was very hard.  Untested vehicle, untested equipment setup, never having loaded or unloaded my equipment in or out of the new vehicle, needing to be prepared to make the show go on in whatever performance situation I would find myself, being prepared for Midwest winter weather…  I need to thank everyone who helped me get through this, particularly Anne Heneberry!!  I couldn't have done it without Annie!

In the end I was supposed to leave on Friday morning to get to Nebraska for my first show on Monday morning.  What actually happened was that I had stuff spread all over the house until Saturday morning. 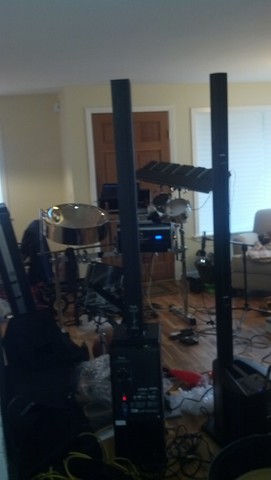 I had to make sure all my equipment was working, make sure I had all the cables plus spare cables and parts, clothes, cases, etc. etc. etc.  Here's what the living room looked like (just don’t tell Annie!)

I didn’t get on the road until Saturday afternoon at about 1pm after having had only a few hours of sleep the previous several days.  That left me with just over 40 hours to drive solo to my first gig in Nebraska.  As you can imagine, the drive was a bit of a blur.  But I was already really appreciating my new car and its stereo and cruise control!

Tune in next time to see if I made it to Nebraska in time for the first show on Monday morning!